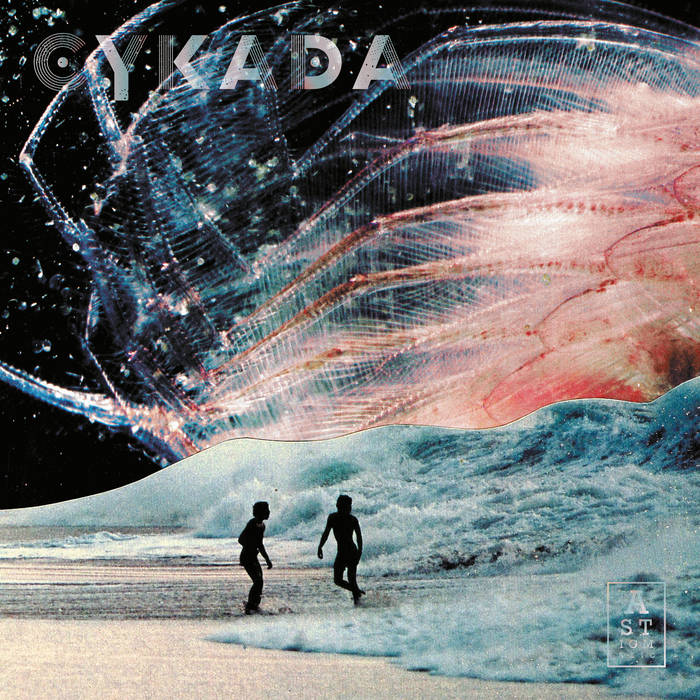 martinj1955 It's vibrant, modern jazz. But you want to dance around the room when it's playing. Keep still if you can! I doubt it unless you don't have music in your soul. Favorite track: Third Eye Thunder.

Bob Hill Illicit Grooves Another brilliant example of the music coming from the LDN jazz scene at the moment. A great album and tracks from it have already graced the playlists of The Illicit Grooves Radio Show.
more...

DJ Angel B! aka: Soulfrica

"One of the most hotly anticipated albums from the super-fertile London jazz scene." ~ Red Bull Music

"Cykada uniquely marry the experimentation and soulful elements of jazz with the rawness of heavy rock. It’s an infectious and thrilling ride." ~ Clash Magazine

"The release of Cykada, however, is going to strap a booster rocket to the band's profile." ~ All About Jazz

"This is just glorious... I just love the shapes in that piece!" ~ Mary Anne Hobbs / BBC Radio 6

"Representative of the new burst of energy and attitude of London’s Jazz Renaissance." ~ Pan African Music

"There is just so much energy and eclecticism to it that it really stands out as one of the best jazz releases to come out this year." ~ In Search Of Media

"Cykada is a sublime debut album and it will hopefully drive Cykada to the top of the London jazz scene as the band have a complete set of stomping bangers that are impossibly hard not to dance to." ~ Jazz Revelations

In the last few years London has become the centre of the Jazz Renaissance. A new burst of energy and attitude brought by young musicians, equally inspired by the likes of John Coltrane, Pharaoh Sanders or Sun Ra, as well as Madvillain, J Dilla, Flying Lotus and Floating Points, has brought a welcomed freshness to the London Scene. This exciting new environment brought a group of young musicians together, all with a mutual desire to discover a new form of expression. Together they created Cykada.

Cykada is a band of established musicians on the London scene, having played in groups including, Myriad Forest, EZRA Collective, Maisha, Where Pathways Meet, Family Atlantica and Don Kipper. Bassist Jamie Benzies is the spine of the project, along with Tilé Gichigi-Lipere, also a fellow former member of the legendary band Myriad Forest and Drummer Tim Doyle aka Chiminyo, together were the first members of Cykada. Jamie mentioned in one interview:

'I became more keen on doing something which has a longer vision. Where you get together with people you know you can work with, people you love sharing a space with and you take your time, you make sure you’re enjoying your music and as that comes, everything else comes.'

Trumpeter Axel Kaner-Lidstrom, Saxophonist James Mollison and secret weapon Guitarist Javi Pérez complete the ensemble. Tilé shows a unique and indispensable role within the band, aside from playing keys, he is programming, processing and modifying the sounds of the instruments, a massive factor in creating the distinctive vibe of the band. Cykada’s unique vibe is a testament to its members and the crucial role they each play in the creative process.

Cykada is an energetic bomb of unique style. It engages distant poles, analog worlds crashing with electronics, eastern influences crossing with western, harmonising nostalgic moments with dancefloor bangers. It seems that Western Africa is just bordering with Eastern Europe, where Turkish music high fives Flamenco and all of this is wrapped up with the fundamentals of the London club scene. There are so many inspirations that it may seem impossible to unite them, however they make it happen, creating layers of devastation, beauty and intrigue.

40 minutes of music built as 5 compositions, where recorded in December 2017 in the Total Refreshment Centre. We are proud that Cykada’s debut album is now an addition to the Astigmatic Record’s catalogue.

We dedicate this music to our beloved brother David Turay, whose boundless energy burns on in our hearts and resounds in our laughter.

Cykada have forged a unique and infectious sound. Combine electronic and live music with global inspiration from West Africa to Eastern Europe, throw in some beats and riddims of soundsystem culture, the spontaneity of jazz and we have a new dynamic mashup unlike anything previously witnessed.

Bandcamp Daily  your guide to the world of Bandcamp